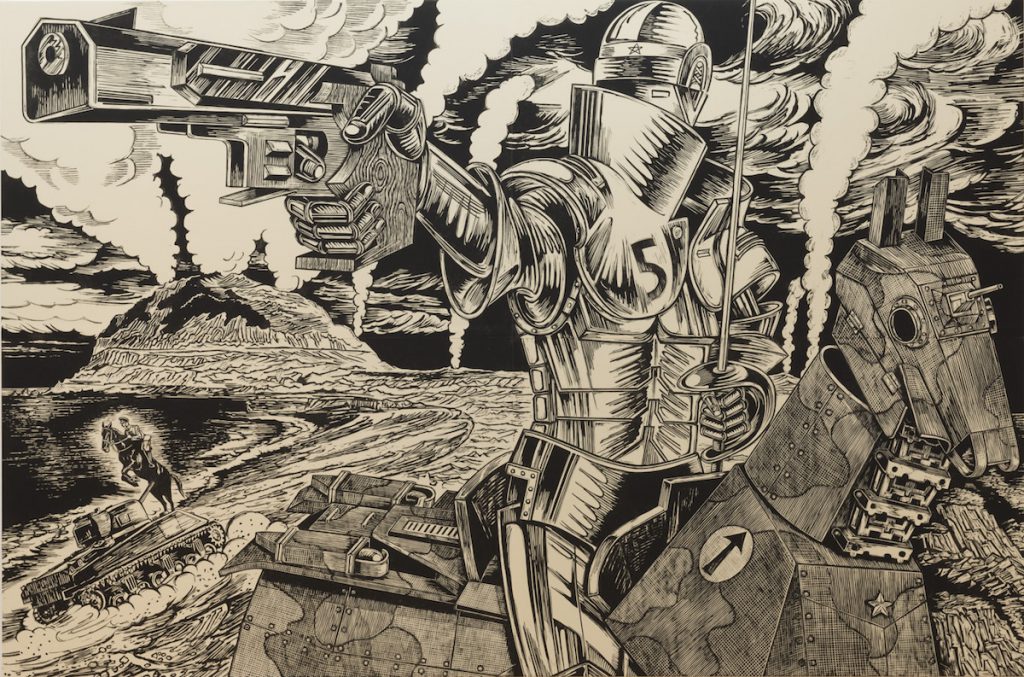 This hero in the armor, on which every motif of the Olympics’ modern pentathlon is represented, is possessed by the soul of Baron Takeichi Nishi (in action against an American tank by the surf), the gold medalist in equestrian at the 1932 Los Angeles Olympics.
Baron Nishi died in the battle of Iwo Jima in 1945 as a tank unit commander.