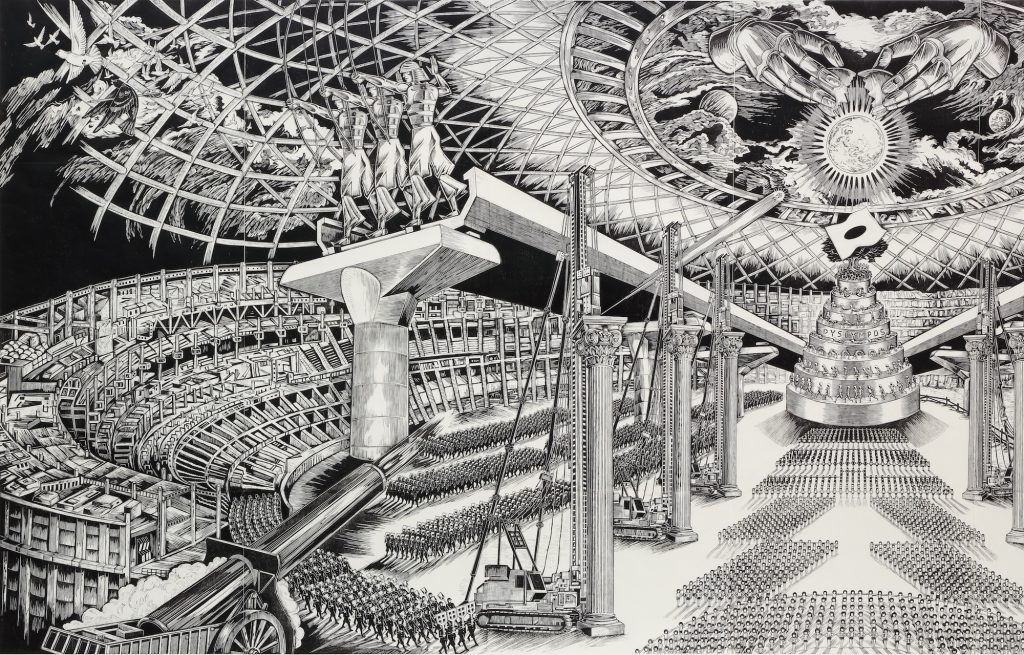 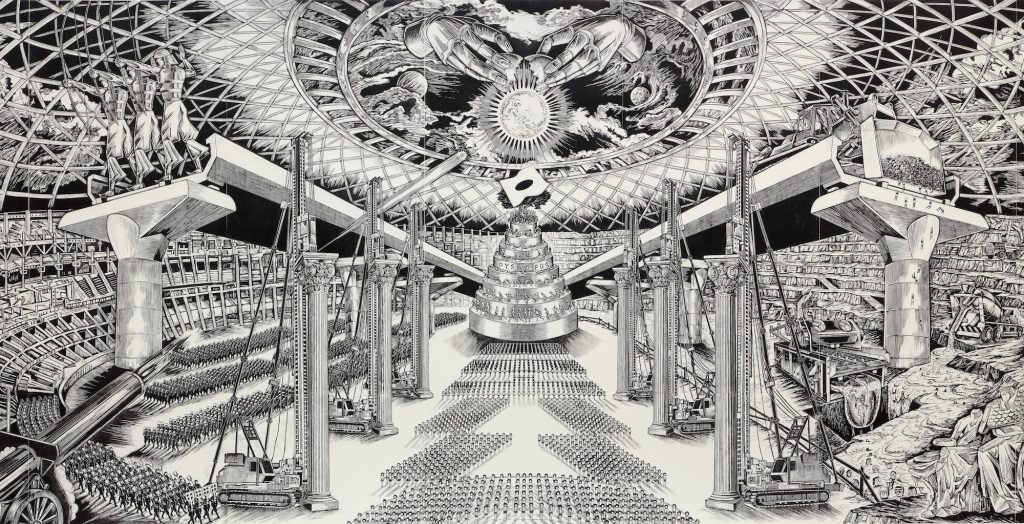 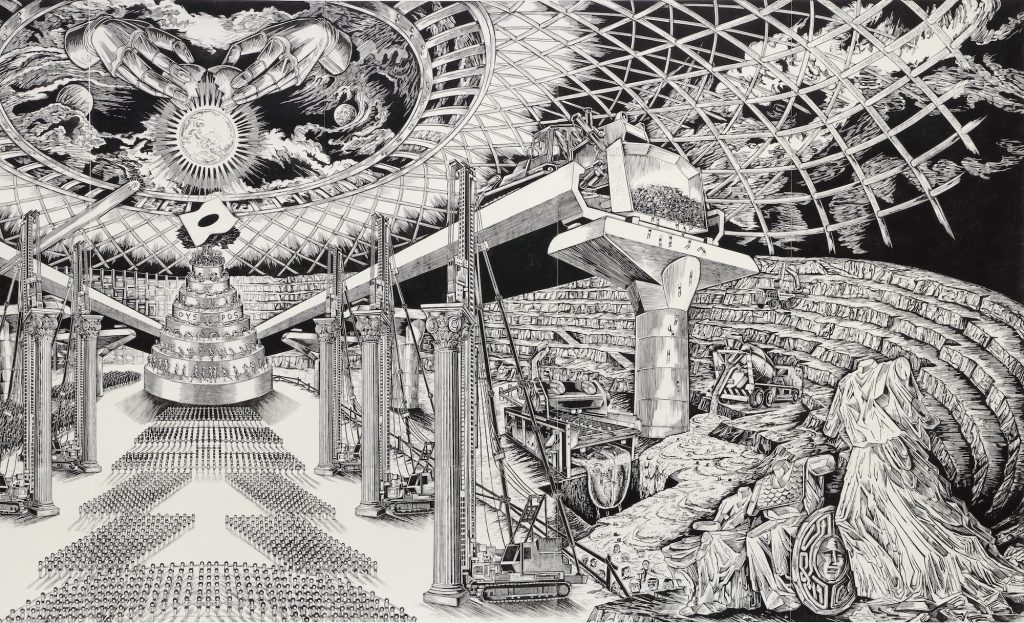 This work is themed on the National Eugenic Law and unjustness of the state's power controlling life, and Kazama dared to depict massive force with totalitarian like mercilessness. Tokyo Olympics was first planned to be held in 1940 as a memorial event for the 2600th year since the birth of the first Emperor of Japan, however, it was cancelled due to Japan’s isolation from international society. 80 years after the cancellation, Tokyo Olympics was decided to be held in 2020. “2680” which stands for Koki (imperial era) 2680.
Dyslympics 2680 is a large-scale woodcut print depicting the opening ceremony of a fictional Olympics in 2680 (2020 A.D.) in near future city of Dyslympia. Conducted here is the festival of building Utopia by a social class and order based on eugenic idea in disguise of celebration.
The stadium is quoted from Dante Alighieri’s Divine Comedy. (Inferno: auditorium in conical shape and track, Purgatorio: enormous monument in the shape of the mountain of Purgatory, Paradiso: dome with the image of the solar system) The stadium is incomplete, and it looks already like ruins. This is to evoke the image of unfinished ruins-architecture by following the theory of Ruin Value by the architect Albert Speer when he designed large buildings for Nazis. The auditorium on the left is the image of the construction site of the new National Stadium for Tokyo Olympics to be held in 2020. The auditorium on the right is a quarry for cement.

On the left, A-grade team formed by the best young men is marching in with shovels. They are drawn to serve to build the nation. Here, the inconsistency is depicted as these young men, the symbol of “healthy citizen,” were the first to be sent to battle fields during the war.
In the center, B-grade team gathers under the monument with a flag suggestive of the national flag of Japan and a symbol tree of eugenics on the top. The girls, positioned as the second sex, are performing the mass game and working to improve their health as future mothers.

On the right, C and below grades with ceased people who are labelled as eugenically “recessive”. These people with disability and illness are prohibited to reproduce and the souls of these people are circled in and forbidden to enter the healthy society. They are poured into the hole with cement to be human sacrifice for the success of the festival of health. Sterilized people are embodied in the stone statue of woman without limbs as “stone woman” means a barren woman in Japan. The colosseum made with stone and the expression of Medusa, remind of Greek tragedy. The main event of this opening ceremony is the performance of “salute of blood,” the human cannon fires national idol with the best gene into shining sun (ovum).

Collection of The Museum of Modern Art, New York