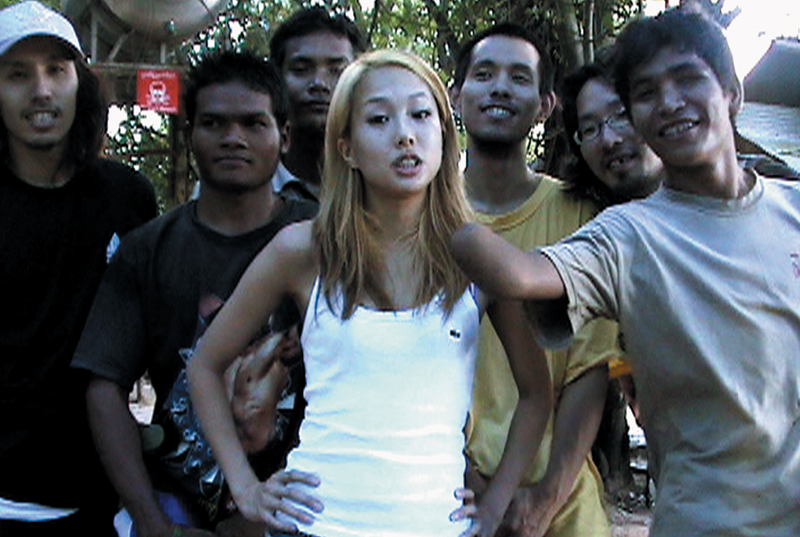 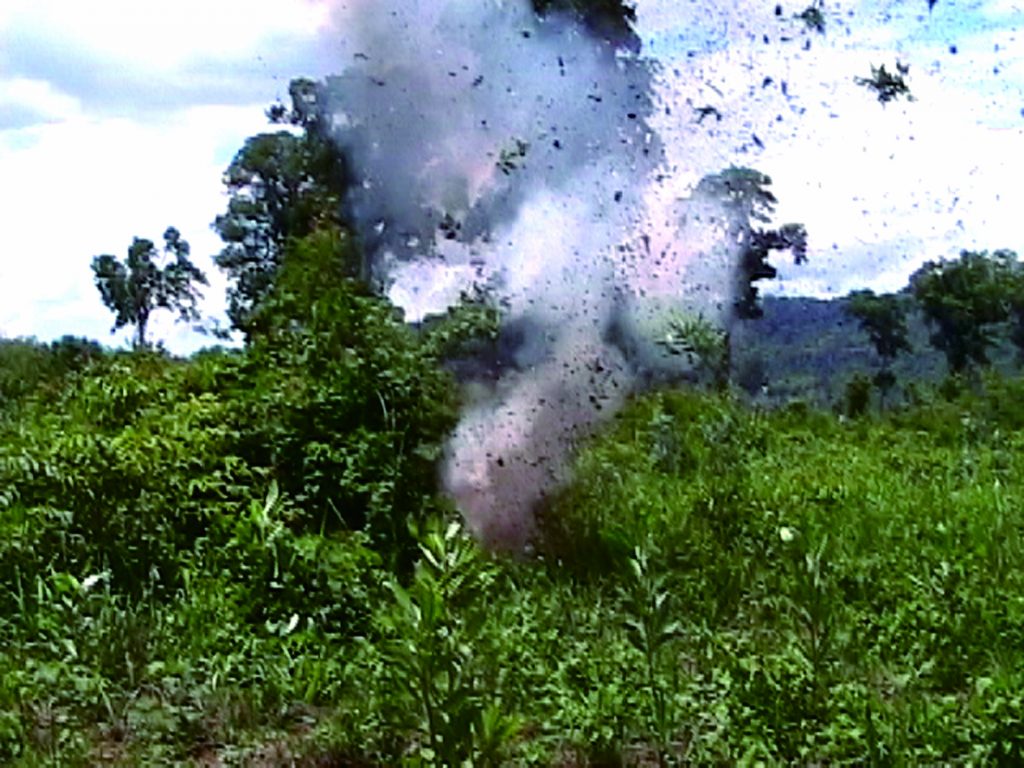 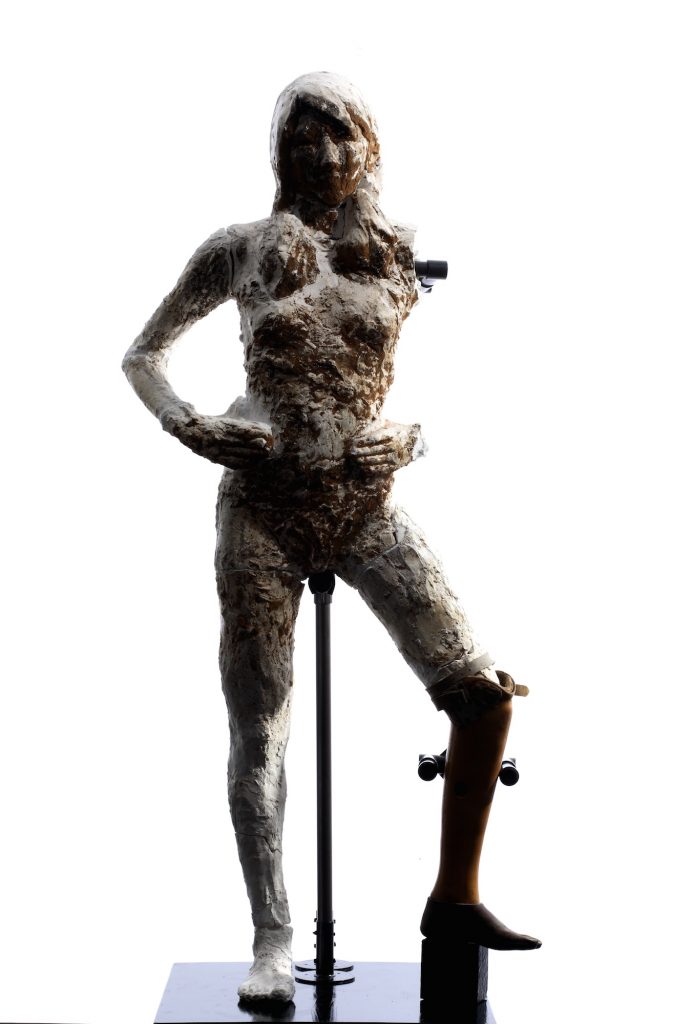 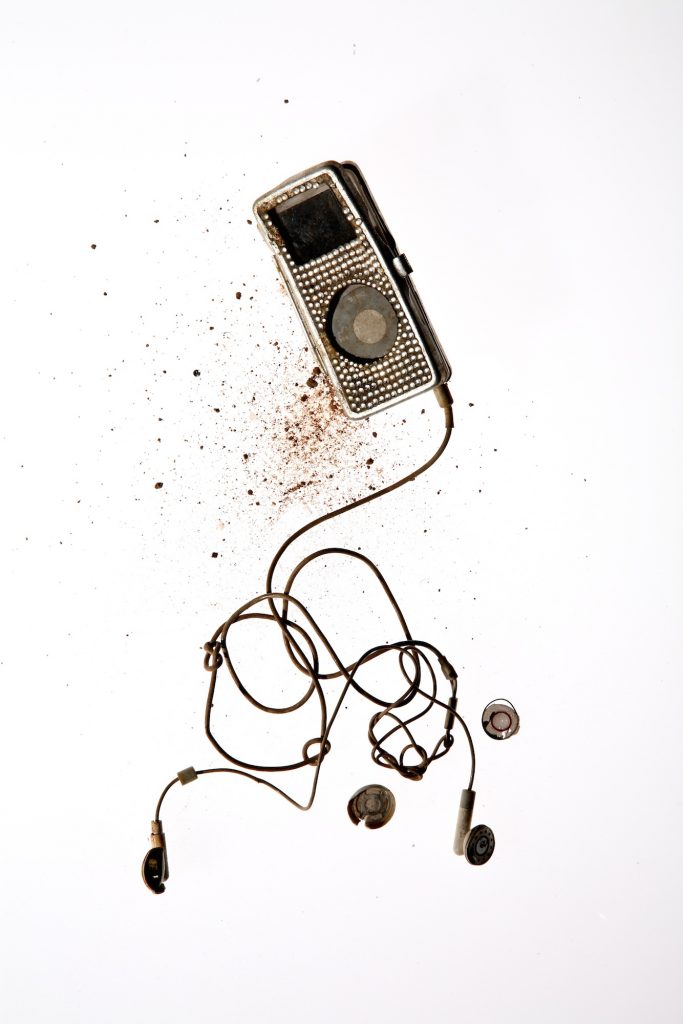 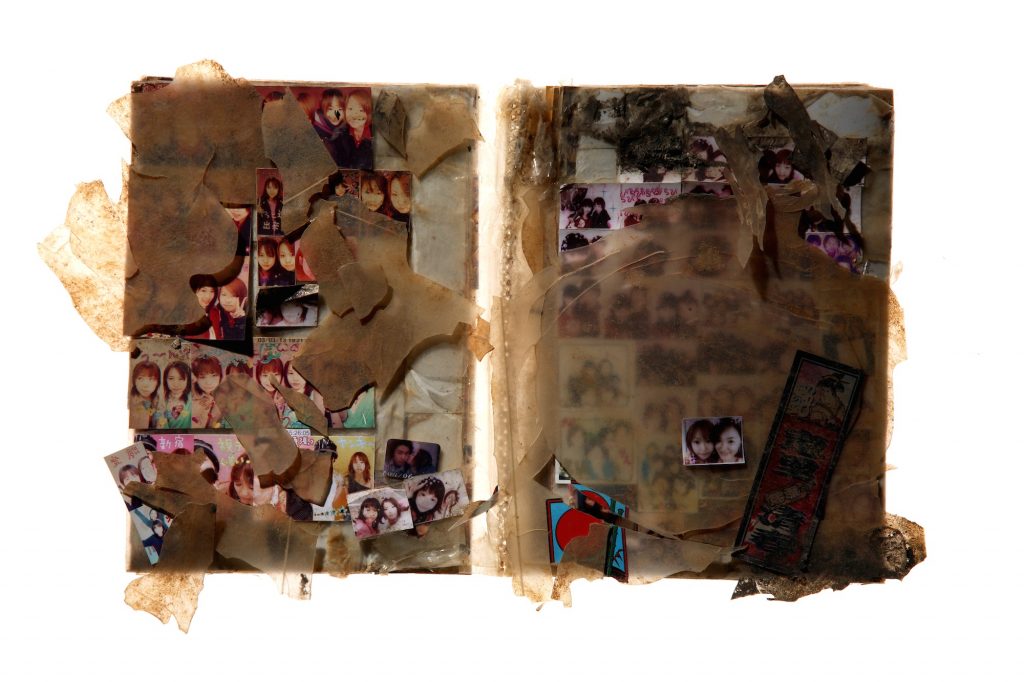 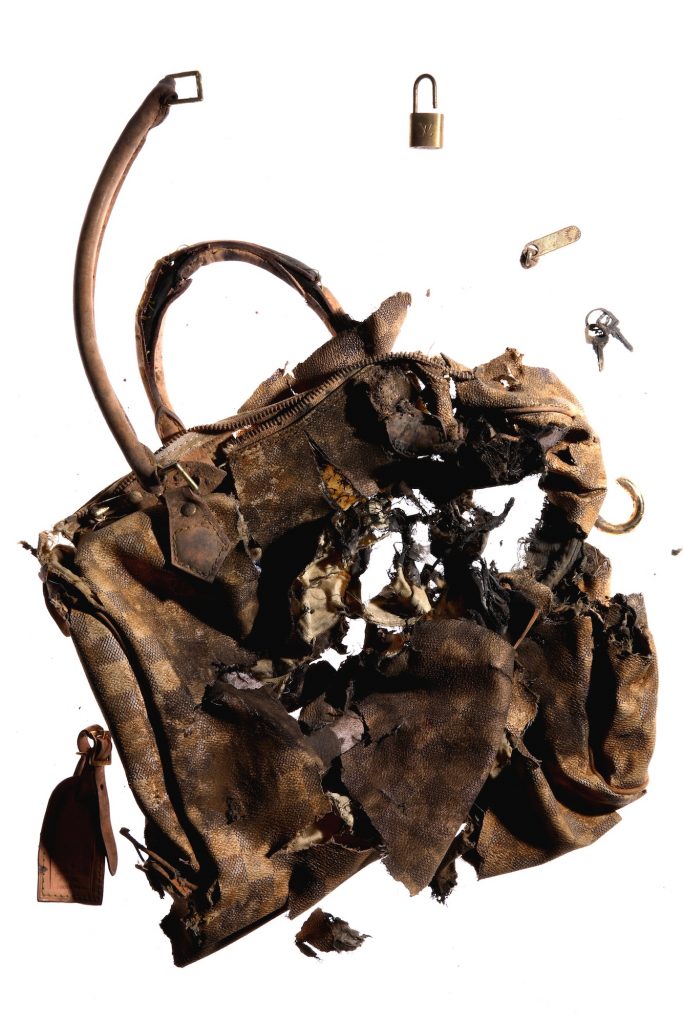 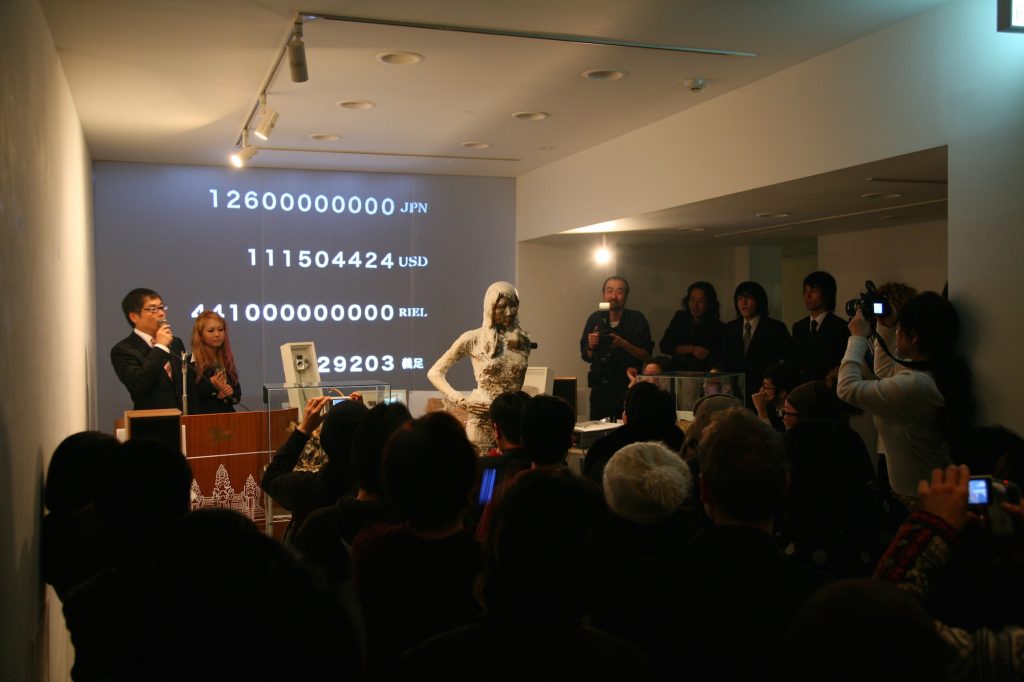 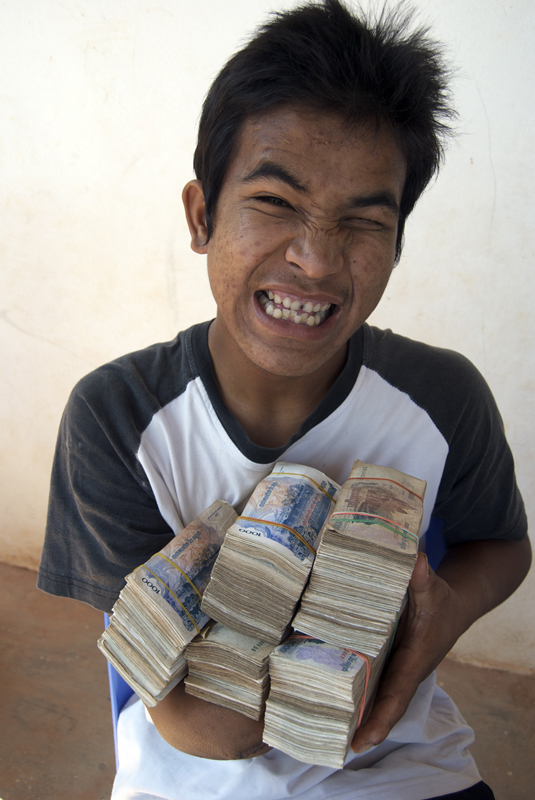 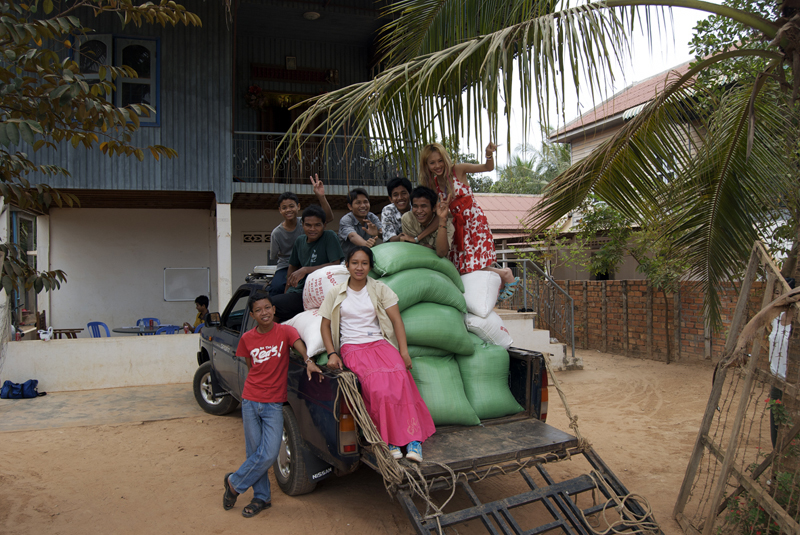 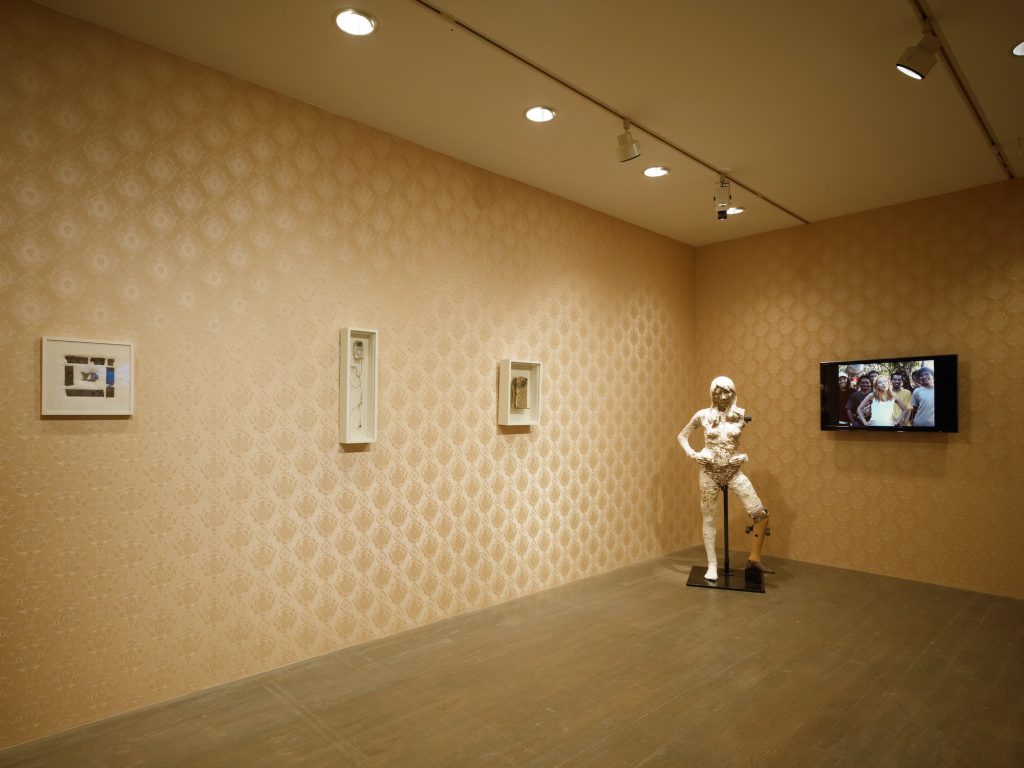 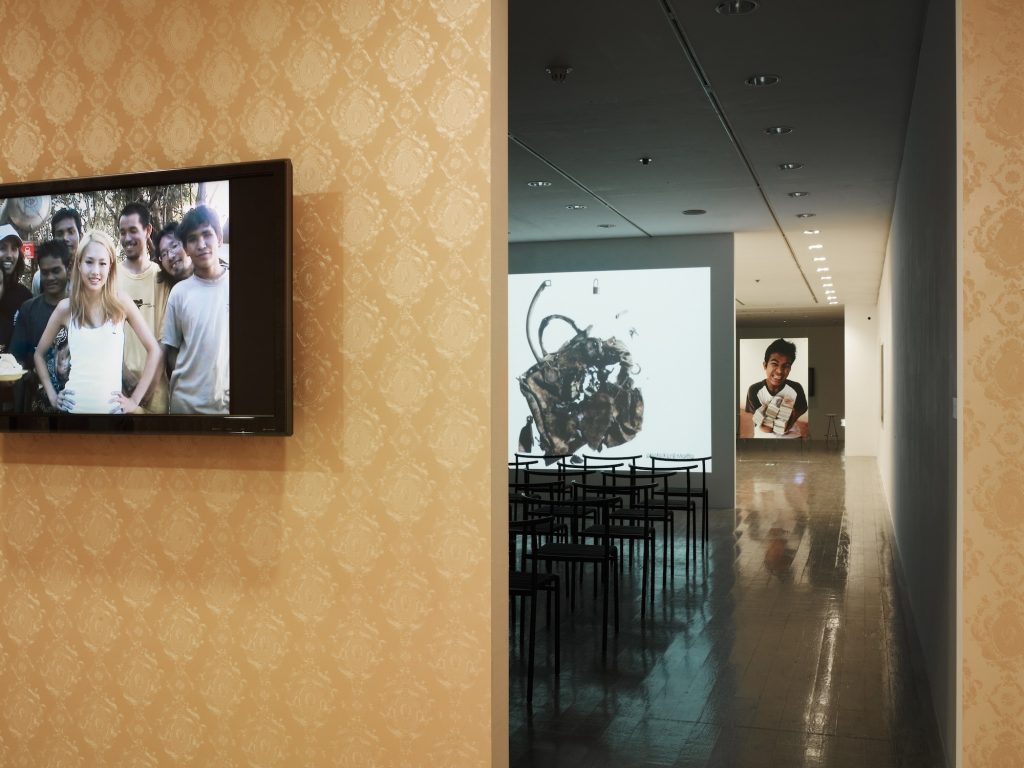 The project was launched to realize the dream of Ellie who strongly emphasizes with celebrities - she wanted to do charity work in minefields like Princess Diana. During Chim↑Pom’s one-month stay in Cambodia, they exploded 7 items, including Ellie’s luxury handbag, an iPod, a plaster figure of Ellie posing like a celebrity, while defusing landmines. Local residents who voluntarily clear landmines while taking care of their mine-affected children helped to carry out the project. After returning to Japan, Chim↑Pom held a charity auction. Ellie and Seiko Ito became auctioneers and sold the exploded items as art objects. Contrary from the ordinary auction style where prices go up, this auction started from the same prices as those of famous works and continued to lower until a bidder raised their hand. The prices were projected on a screen in US Dollars, Japanese Yen, Cambodian Riel, along with the number of prosthetic limbs that could be purchased for that amount. The auction raised 2.1 million yen in total. The full amount of Chim↑Pom’s share of 1.05 million yen was donated to those in need during their second visit to Cambodia.