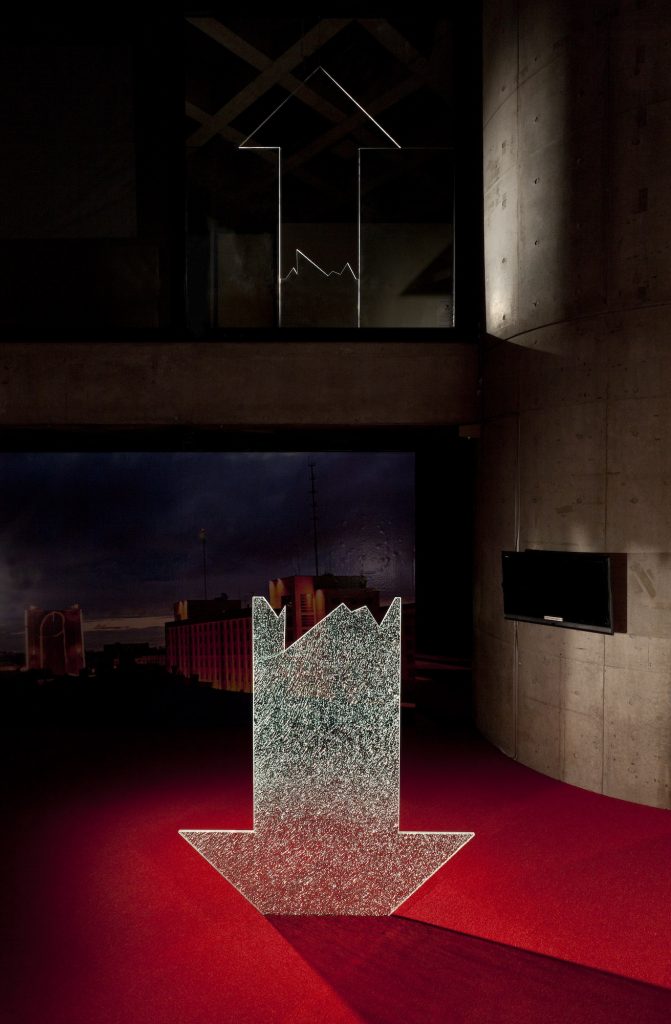 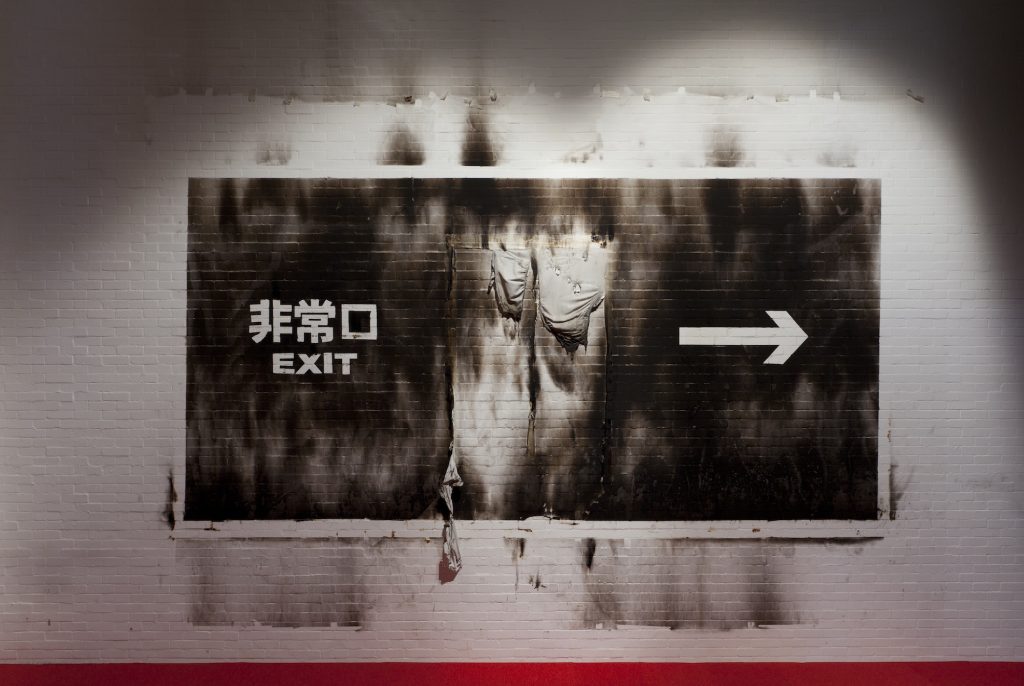 Surviving (inside of the museum), photo: Kenji Morita 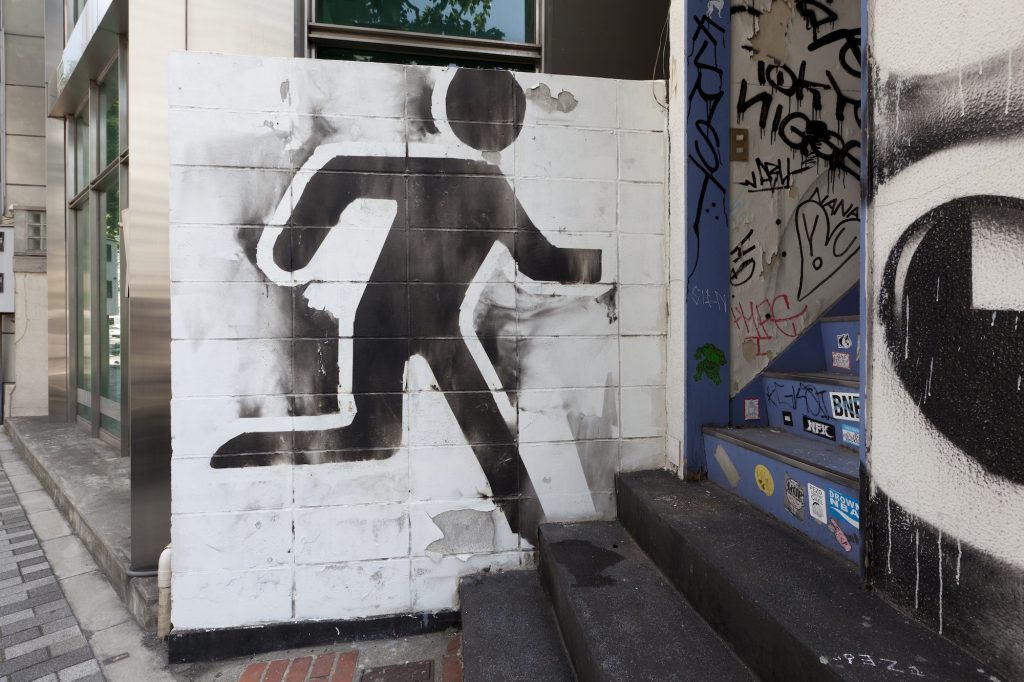 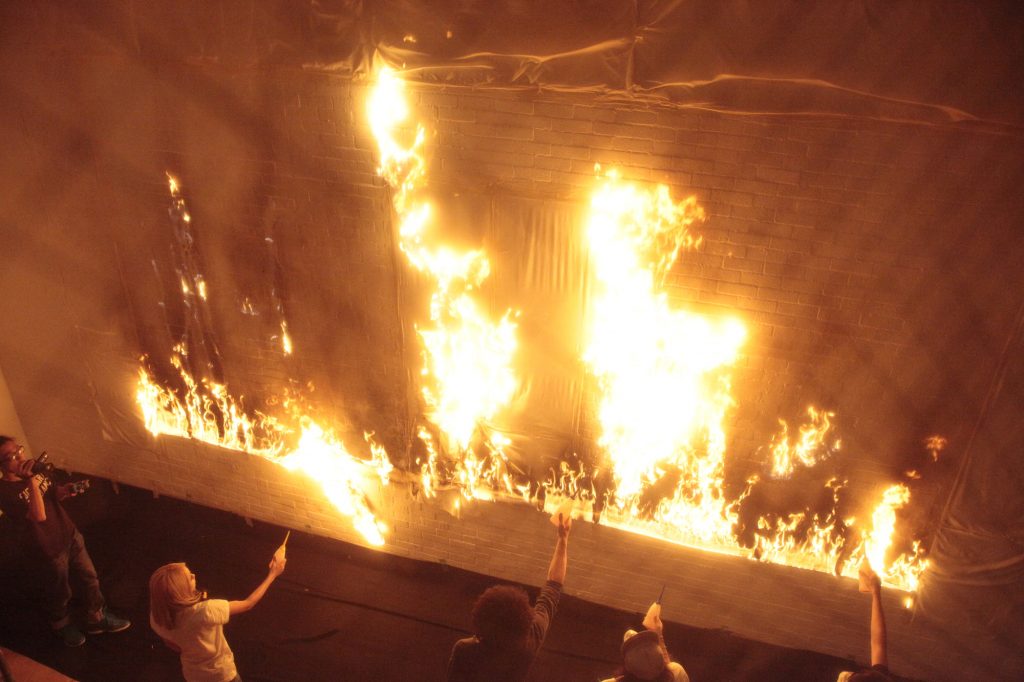 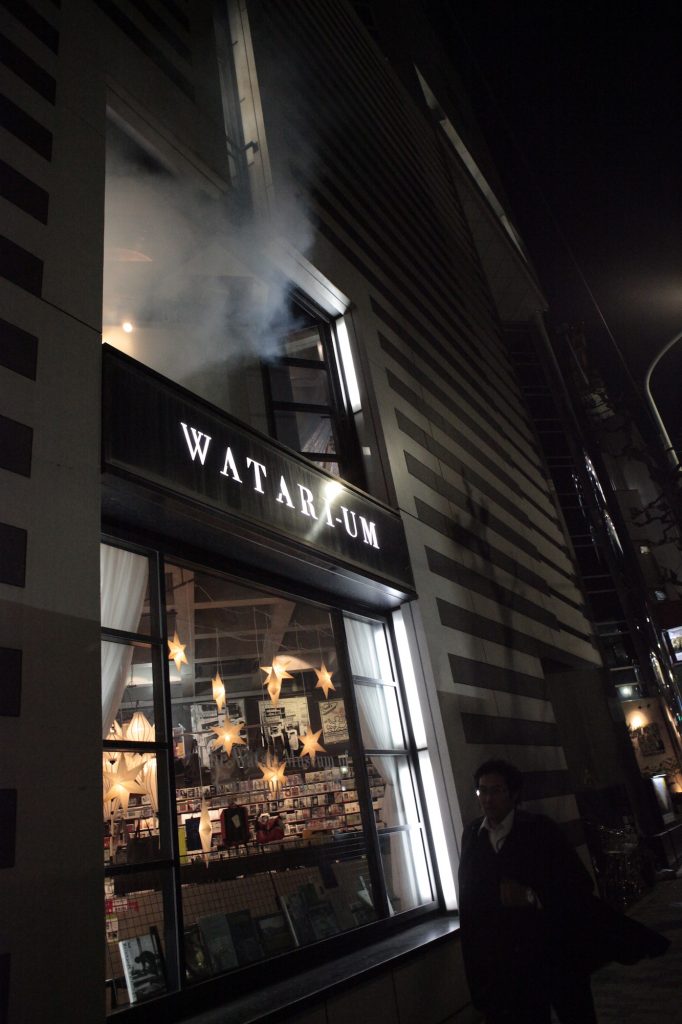 Chim↑Pom curated the exhibition at Watari-um Museum in 2012. With the entrance featuring Hiroshima Panels by Maruki Iri & Toshi, which had been shown in more than 100 guerrilla exhibition all around Japan evading "press codes" under GHQ control right after the defeat in World War II, it exhibited works and activities of street artists and activists from all over the world who hack the contemporary spectacles of the 21st century; Voina (Russina), The Yes Men (USA), Adbusters (Canada), JR (France), plus Maruki Iri & Toshi, Takeuchi Kota, Jamashiman and Chim↑Pom themselves, all from Japan.

"Thrusting" 2012
One year after the earthquake on March 11, 2011, Tokyo was buzzing with a rumor of another earthquake that would hit the area of the capital.
The forest of skyscrapers came to appear like sinister dark clouds suggesting glass rain. Once the symbol of high economic growth, high-rise building shook from their bases, in danger of breaking down, in anticipation of the alternative values newly emerging among the people.
A cracked arrow stuck downwards into the ground, and another arrow left facing upwards in the void of a window pane on the upper floor - the contrast of the cracked shiny material and ever-transparent space indicates our still unknown future.

"Surviving" 2012
Burning the wall of an exhibition space in Watari-um Museum, and a concrete fence across the street opposite the museum, Chim↑Pom made graffiti out of soot and burn marks. The man in the emergency exit sign, who should have stayed in the center of it, has fled away to the concrete fence outside. Fear of disasters, nuclear accidents with no sign of an end, stagnation of politics and economy, autistic tendency in art... this work visualizes the shared recognition about emergencies not only in Japan but all over the world while indication an attitude to make a breakthrough.